Clinker Polypore, Clinker Fungus, Cinder Conk, Birch Canker Polypore, Black Mass, Sterile Conk Trunk Rot of Birch - A clinker is a hard mass of fused stony material that is formed in a furnace, usually black in color; the fungus is so-named for its resemblance to furnace clinkers. Black Mass and Cinder Conk also refer to the amorphous shape and the burnt charcoal color of the fungus.

Inonotus obliquus - The generic name refers to the fibrous, hairy surface of the fungus; obliquus is Latin for slanting, sideways or on one side and refers to the oblique orientation of the pores on the fruiting body; also known as Polyporus obliquus and Poria obliqua.

A healing plant of renowned value throughout the world, Chaga is thought to be one of the strongest immune stimulating medicinal mushrooms and is used today as the basic natural product in over forty oncology pharmaceutical medications and compounds.

Since the early 16th century, Chaga has been documented for its medicinal properties. Traditionally Chaga was used as a common remedy for cancer, gastritis, ulcers and other toxic diseases; especially for tumors of the stomach, esophagus, lungs, genital organs and or breast. 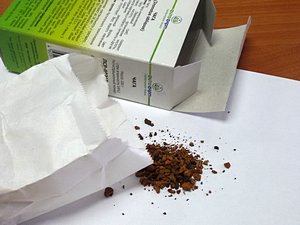 Chaga is supposed to have the highest antioxidant ORAC (oxygen radical absorbance capacity) score for any natural food.

Chaga has been used to reduce the growth of both malignant and benign tumors and can also be used during chemotherapy treatment of various cancers. It is a well-known remedy for its affect on the digestive organs, namely in cases of gastrointestinal and colon cancers and as a regulator in the case of constipation.

Preparations of Chaga can be taken during times of excess vomiting to reduce emesis and soothe abdominal pains.

Toxicity & Side Affects — None known 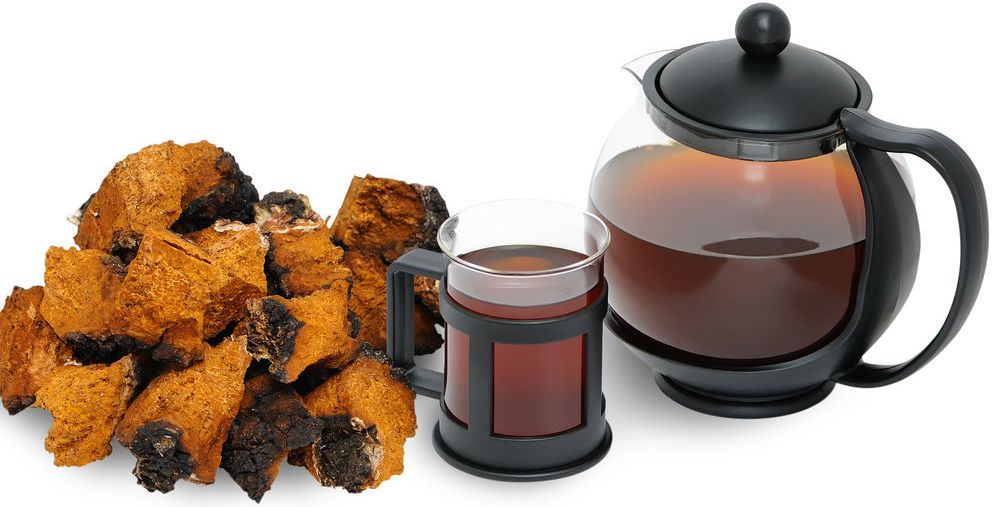 For more extensive information on Chaga, consult the resources:

From Wikipedia, the free encyclopedia

Inonotus obliquus, commonly known as chaga mushroom, is a fungus in Hymenochaetaceae family. It is parasitic on birch and other trees. The sterile conk is irregularly formed and has the appearance of burnt charcoal.

It is not the fruiting body of the fungus, but a mass of mycelium, mostly black due to the presence of massive amounts of melanin. The fertile fruiting body can be found very rarely as a resupinate (crustose) fungus on or near the clinker, usually appearing after the host tree is dead. I. obliquus grows in birch forests of Russia, Korea, Eastern and Northern Europe, northern areas of the United States, in the North Carolina mountains and in Canada.

The chaga mushroom is considered to be a medicinal mushroom in Russian and Eastern European folk medicine and research on its medicinal potential is ongoing. 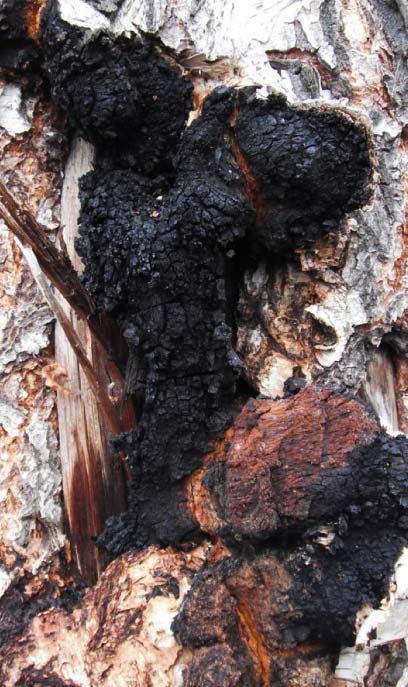 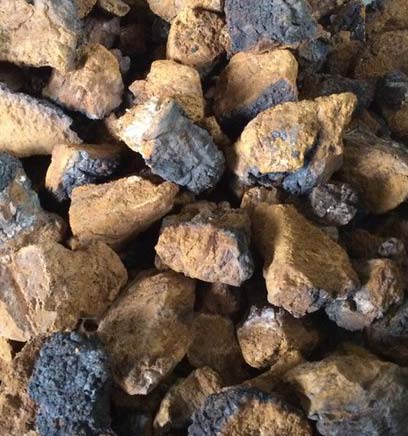